What Do Theater and Computer Games Have in Common?

We must admit that there are some positive aspects of the pandemic. Yes, it shook our lives, but it did make us extremely resourceful. Every day we discover new opportunities for communication, work, study and entertainment. We present you another interesting idea for art lovers – live theater play from home, combined with a computer game.

You can find out exactly how it is from Homecoming on October 24 (Saturday) at 13:00. However, if you are busy during the day and miss it, you have another option – at 21:00. The whole experience lasts 2 and a half hours and is part of the program of AST Festival for Free Theater. All you need are tickets and an internet connection.

When we know everything that happened to us this year, we will hardly surprise you that the pandemic is also “involved” in the plot. The story is about a young woman who returns to her home village because she can no longer afford to pay the rent in the big city. At the same time, the agency sends thick letters to all European households to assess the resilience of the population during the crisis. And a movement is emerging on the Internet that praises voluntary self-denial as a way of life alternative to the longing for relaxation.

What is Machine eX?

This is the intersection between theater and computer games. The idea has emerged and developed since 2010 and includes a seven-member media and theater team – Clara Ehrenwert, Anna Freese, Robin Hedike, Lasse Marburg, Matthias Prince, Yves Regenas and Philip Steimel. The band united during their studies at the University of Hildesheim and have since produced an interactive game theater. Their idea combines modern technology with the means of classical illusionist theater. The result – interesting theatrical performances to play, which are both computer games, which are entered. 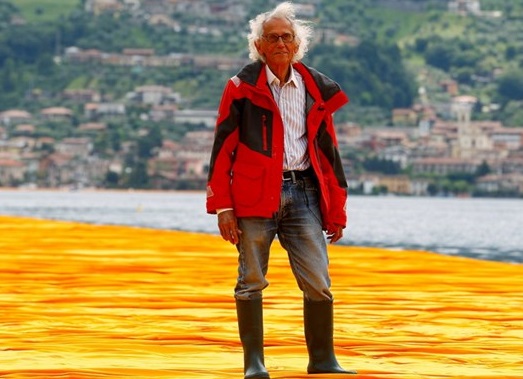 A Unique Exhibition in Memory of Christo Javachev

“Working is the greatest freedom I can have,” Christo Javachev

The National Gallery Square 500 gives us a unique opportunity to get closer to the work of the world-famous duo Christo-Jeanne-Claude. We remind that Christo Yavashev (Christo) died on May 31 this year, and his wife – 11 years earlier, but the couple left behind impressive works of art, which will be talked about for a long time.

The presentation of the works of the two artists takes place thanks to the partnership with three private Bulgarian collectors of contemporary art. Thus, in the halls of the gallery until October 25 2020 we will be able to see three original works, many photos from different projects, as well as details about the work of the artistic couple.

Don’t miss the sketches of “Mastabata in Abu Dhabi” (the longest project in development, for the finalization of which the couple’s nephews are now engaged). This art installation is designed as the largest permanent sculptor in the world. Inspired by it, Christo made his first major outdoor project in London – the Mastaba art installation on a lake in Hyde Park.

Among the exhibits are sketches of the project “Over the River” (since 1992), the realization of which came after numerous studies and attempts to obtain permission from the US authorities. Christo and Jeanne-Claude’s vision includes 9.5 km of gleaming silver woven panels hung like a horizontal “curtain” over the water in eight different sections of the Arkansas River.

We can also see the sketches of the “Surrounded Islands” – an installation in Biscayne Bay, Miami, from 1983. For two weeks a shining pink cloth covering the coastline.

A sculptor, an artist and an avant-garde artist… He became famous for his work with his wife Jeanne-Claude de Guillebon. Both are unique in the original art installations. An example of this is the packaging of the Reichstag building in Berlin with fabric after three refusals in 1977, 1981 and 1987 and a parliamentary debate. Another iconic work by Christo is The Floating Quays on Lake Iseo in Northern Italy.

Christo was born on June 13, 1935 in Gabrovo. From an early age he became involved in artistic circles, as his family has such interests. He draws constantly and everything, examines the books of the great masters, he tells the story of his own life. He studied in a drawing class, took painting and sculpture lessons.

Yavachev completed his secondary education in Plovdiv and in 1952 entered the Academy of Arts in Sofia. Only 4 years later, however, he emigrated because he felt misunderstood. He first went to Prague, Czechoslovakia (September 1956), where he stayed with relatives, but then fled to Austria and became a political refugee. In both Prague and Vienna he worked various things, but among them he was also successful as a portrait painter.

Later he moved to Geneva and after that to Paris. Yavachev’s stay in the French capital turned out to be fateful for his life. While portraying the wife of General de Guillebon, he met their daughter Jeanne-Claude, who later became his companion in life and work. 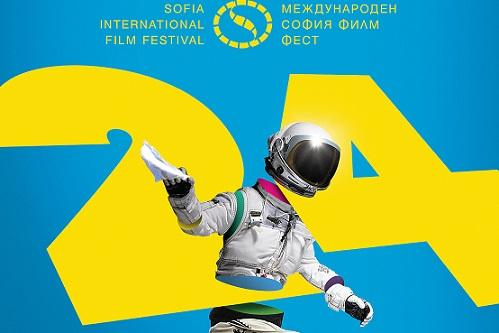 After the spring false start of the most anticipated cinema event in Bulgaria – Sofia Film Fest, due to the epidemic situation in the country, the organizers still found an alternative way to reach the audience. A summer edition is coming, and then an autumn edition, so that the fans of the Seventh Art can enjoy of many Bulgarian and foreign movies.

The festival has already restarted with preliminary screenings at the Cinema House in Sofia on June 5th. However, the official opening will be on June 25 in Platform A6 of the National Palace of Culture with something very special – the film “Parasite”, winner of 4 Oscars, “Golden Flame” from Cannes and more than 200 other awards around the world.

Sofia Film Fest will offer part of its program online – about 80 titles. The movies will be available for a certain number of views in a little over 3 weeks.

Home of the cinema

A special selection of movies will be presented at the Cinema House in Sofia. With the exception of some Bulgarian films, the program will contain titles that are not repeated with the online edition or open-air screenings. And there is another bonus for the viewers – an opportunity to meet some of the Bulgarian authors.

The third module of the summer edition is on open platforms. The opening and the ceremony, as well as some other gala screenings will be in Platform A6 of the National Palace of Culture. There will also be the Open Stage platform in the park of the Military Academy, and content will be shared in the new Sofia Summer Fest platform behind the Earth and People Museum.

The awards were determined by a specially selected international and Balkan jury and will be presented on July 6th. The chairman of the international commission is the British director Peter Weber (“The Girl with the Pearl Earring”), and his assistants are the producers Nicholas Selis (Mexico, producer of “Roma”) and Jim Stark (USA, producer of the early films of Jim Jarmusch), and the Bulgarian actress Irmena Chichikova.

The autumn edition will be from the end of September to the middle of October this year. This will take place in several cinemas in Sofia, and the program will mainly include titles that were not part of the summer festival.

If you are big fans of the Seventh Art and you want to be part of the upcoming editions of Sofia Film Fest in Sofia, welcome to Art Hotel Simona. It matters where we spend the night, so we offer you to turn your stay in the capital into a real art experience. 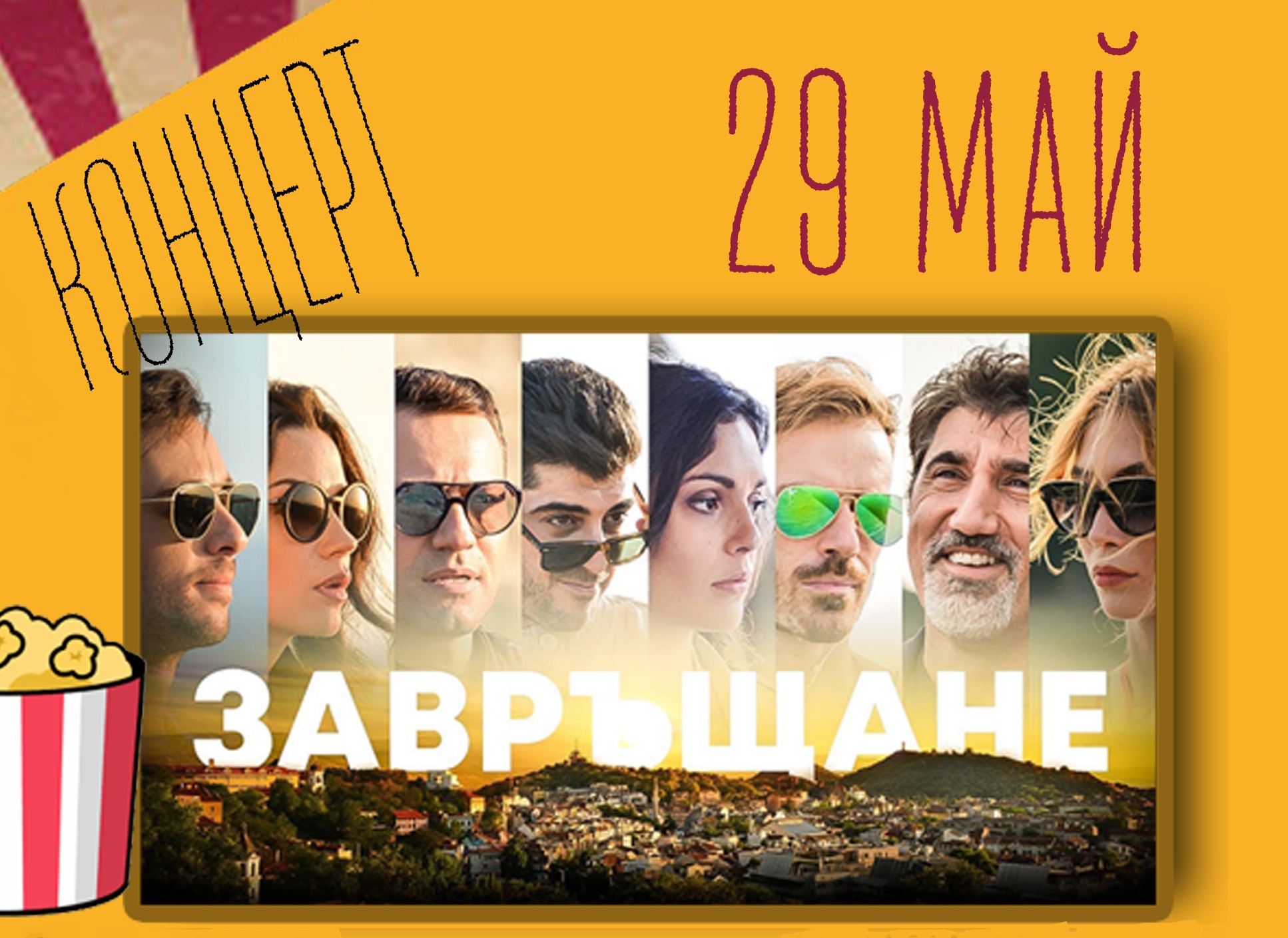 We present you one of the new ways to have fun in Sofia – Pandemin Car Cinema. The official start is on Friday evening (May 29) at 20:30, and the place is 92 Tsarigradsko Shosse Blvd.

What is Pandemic Car Cinema?

The title suggests it, but here are some explanations! In response to the new conditions due to COVID-19 in the capital opens car cinema with a capacity of between 70 and 80 cars. For a start, the most watched Bulgarian film for 2019 will be screened – “The Reunion”, directed by Niki Iliev, who will be a special guest at the event.

The opening of Pandemic Car Cinema will definitely be memorable event. In addition to good titles, the organizers of the project have prepared for the guests and many surprises. It is planned to start with the first car concert in our country, and there will be such before other (selected) titles.

You will hear live the performances of Mariam Movsesyan, Asya Andonova, Svetoslav Slavkov and Stanley Petrov from Magnito Band. DJ Efo, who was part of the Tall, fat and small team in 1994, will sing Holiday rap, and the two-time champion of Bulgaria in the competition named Dj Bobby I – DJ Nuri, will be part of the guests.

Saturday is reserved for Stand Up Car Comedy – another thing we haven’t seen in our latitudes. Guests will be able to enjoy their cars on the humor of the famous stand-up comedian Ivan Kirkov.

Measures during a pandemic

The organization is made so that guests will not have direct contact with each other. They will not get out of the cars, and the sound will be reproduced in their vehicles on a special radio frequency.

For now, Pandemic Car Cinema will focus on Bulgarian films. In the future, however, they do not rule out the possibility of presenting foreign titles.

Restart of the Culture after the Peak of COVID-19

In the last two months, the culture in our country has been paused due to the spread of COVID-19. However, the artists found a way to reach the audience, demonstrating their ingenuity and ingenuity. So from our homes we watched theater, opera, cinema, etc. The musicians do not stop entertaining us with home concerts broadcast on social networks.

Difficult, but still a restart

The danger of the coronavirus has not yet completely disappeared, but a gradual restart of cultural activities in the country has begun. Of course, this happens with the necessary security measures and social distance, which we also observe at Art Hotel Simona to ensure your safety.

According to the requirements, the indoor activities must be at a maximum occupancy of 30%. Such an option is not very profitable for cinemas, therefore the idea of ​​outdoor screenings is already being discussed. Meanwhile, the salons are negotiating new titles that will soon be able to present us.

At the same time, the theaters have already started outdoor performances. In fact, such an idea in the Puppet Theater in Sofia was born ten years ago, but now is the time to realize it. And the first live theatrical performance after the end of the state of emergency was at the Sofia Theater.

All cultural Events in Sofia are Postponed

The insidious coronavirus has completely confused cultural life all around the world, and now in Bulgaria, too. That is why the cultural events related to the gathering of many people in one place are temporarily postponed. Due to the danger of the spread of the new virus, the Council of Ministers has decided to cancel all indoor events across the country.

The theatres have already postponed their performances, and the same has been done with the events in the National Palace of Culture, as well as with screenings in most of the cinemas. The International Sofia Film Fest, which was due to be officially open on March 12th (Thursday), is also being put off.

Breakfast menu and A la cart menu in Restaurant Simona

Top 10 Super Foods to Include in Your Menu

The Best Places to Sleep Under the Stars 2 – Europe